Actually I was so bad in July and this is not a really low buy haul, but I am in the kinda mood, that I was needed some items and I had a name day so far so …

Pandora Rose- Pavé Bead Hoop Earrings (288294CZ): I was eying for this hoops for a while and in July they had a 20% off so I could ot miss out. It is a small silver hoop with thin rose gold layer and some stones.

By the time of the earring I have CF and Vegan cream haul too (that was not a gift). N.A.E. is a new drugstore brand here, which I have already tried their micellar water and packless sampoo, those I am enjoying so much, so I have decided to give a try as I have to replace a few of my empties. I have tried out the body balm, which is so lightly sented and water, but rich so it is the ideal during summer. The shower bar and the face cream I have not tried yet… as well as neither the eye cream as I still have one openned.

I have made a bigger H&M order also with 20% off. You might wonder how I wish to improve my closet if I order fast fashion. Honestly, I am not in the position of buying more expensive items now, but I do care about quality like most of the items are linen, yeah I am absessed with linen recently, so I picked 2 linen blend white dresses: a shirt dress and an easy casual dress. If you remember I have recently thrifted a linken culottes, to my sister was so obssesd with in and the truth is that it fits her more, so I have gifted it, but I had replace it with a premium quality linken Navy jogger. During the declutter I have realized that I do have a lot of one-time or holiday dress, which is really not me, so I have decluttered over 10 items… so also this slightly longer short. The accessories is just those which you do not need to invest in.

Beside my earring I have received some plants for our urban jungle:) Well the persil not, but it is damn beautiful on our balcony.

And finally we had the chance to visit my family and hubby’s mom by the lake of Balaton. Of course we had to bad weather, but it was great for walking, hiking, eating out and tasting some wines. So I had to wait to get sunburnt by the last days of July here in Budapest…

This is the end of an other month, a month when we were mostly locked down so we sent our money on a totally different way: more food and vitamins as we were at home a lot and had time to cook, also due to the Covid19 I had to focus on saving more money for the upcoming 3 months as my salary will be like 50% lower, which is pretty hard to every hospitality worker, but at least I have a job. Firstly I was pretty stressed out of the situation, but now I just let it go by settling a daily routine for myself and investing into my self by studying languages, hotel training (kind of boring so-so), sustainable fashion and business course.

Concerning to my wants I was sent some money on my husband’s Nicorette patches, because finally he started to quit smoking:), that is one thing that I am more than happy to support him. We have bought a couple of outdoor plants to the balconies- even more becoming a plant parent…

Skincare: new N.A.E. bio micellar water, I will see how is it work as I have not tired yet…

Makeup: I used to had this is black, now I was repurchased it in brown: the cheap favourite Trend it up No. 1 mascara

As I sent more time at home I realized I need a better mat than polifoam, so I was invest in a Manduka Yoga Mat, which due to arrive next till Tuesday. 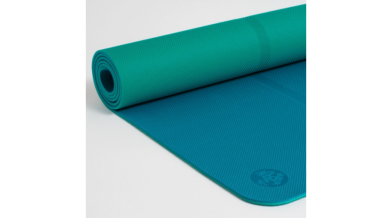 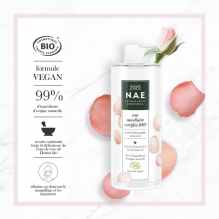 So I was pretty much on a low buy side, of course I was looking for some sales or coupons online, but they was not on time at all (strictly according to my wishlist) and I wanted to buy a Sezane Gaspard cardigan secondhand and I constantly wrote to several people on Facebook Market place or Depop and noone answers???! that is crazy. I might need to try on Vestiare Collective, but sometimes people want to sell it for on an even higher than its new retail price,which is also crazy. I need to look for so more whites too.